STAMINA AGRO, LLC is a manufacturer of soybean cake.

Soybean cake is a valuable product of soybean processing and a high protein component for complete feed compound feed and mixed fodder production for agricultural livestock animals and poultry. Soybean cake may also be used as a complete feed. Protein contained in soybeans and soybean cake respectively has high biological value and assimability by livestock animals and poultry and adds to calorie content of the feed.

Soybean cake occupies one of the leading positions among other oilseeds due to its content of protein and fodder units and is a source of nutrient microelements such as calcium, iron, phosphorus, manganese, and zinc. By its chemical composition and nutritional values soybean cake is the leader among fodders and cake of other seeds.

Daily use of soybean cake for compound fodder production has positive impact on increase of daily gain at feeding up; increase of milk yield by up to 10-15% and milk quality; increase of gain in pigs and poultry by up to 18-23%; increase in egg production by up to 20%; improvement of the general health of the cattle.

Use of soybean cake promotes minimization of expenses for compound fodder production and is used in ration not only by big cattle and poultry agricultural enterprises, but also by farm enterprises to prepare compound fodder for all kinds of cattle, poultry, and fish.

The product of STAMINA AGRO Ltd., namely, soybean cake meets the requirements of GOST 27149-95 “Soybean cake for fodder” due to its qualitative values and characteristics. 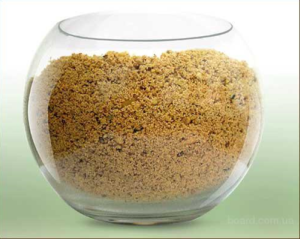